Though clichéd, I cannot resist quoting Shakespeare from Romeo & Juliet here “A rose by any other name would smell as sweet” due to the apt context. But apparently Mumbai builders seem to disagree with the Bard and have launched into a renaming spree while selling properties. Obviously they firmly believe that the so-called “lesser” known locations will benefit from them being herded along with their more “popular” cousins. Yeah! As if calling Dahisar as Upper Borivili will change the property value of a housing project overnight and give it the sheen and polish it was missing till now. 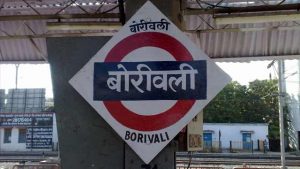 Maybe the builder communities can pressurize the respective municipal corporations to change the geographical boundaries of their jurisdictions and probably coerce the local, jurisdiction-bound police stations too to stretch their precincts. Imagine how Borivili’s “poor cousins” Dahisar & Mira Road benefits immensely after this renaming is done with. The Sanjay Gandhi National Park, in all its splendour and glory, not to mention the wildlife, will suddenly come closer to Mira Road. I mean who wouldn’t want their address to read as XYZ Heights, opposite SGNP, Mira Road? That too without any of them gravitating an inch towards each other.

If the readers are confused about moving to Upper Worli from plain old Lower Parel as the result of a single full page advertisement in the leading newspapers, without any legal agreement, you have the builder fraternity to thank, for this overnight miracle. They have researched extensively and found out that Wadala residents were extremely distraught about their location on the map and decided to move them a little bit to the south of Mumbai. Not literally but at least on the first page full-page ad. And suddenly, New Cuffe Parade was born.

Every suburb in Mumbai, Thane & Navi Mumbai has its own share of history and I am sure its residents would be proud of it, without ever feeling the need to “borrow” some from its next-door neighbour. Today’s property buyer is an informed one and certainly has enough “vision” to see the signboards that proclaim the suburb’s name. But the property developers have a single aim while doing so-SELL PROPERTY and the present lot will “move mountains” in their quest. 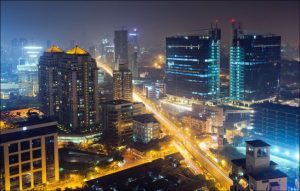 Cases of blurring boundaries are on the rise by the day and developers are trying make hay by shifting locations, as seen in Upper Worli & Upper Borivili, and in certain cases, making them jump over long distances too, as seen with New Cuffe Parade. At this rate, I am sure Virar will soon become “Super Upper Borivili” and Kalyan/Dombivili will be known as “New Thane”. This senseless renaming has to stop and fortunately we buyers are legally fortified through the Consumer Protection Act, 1986 which takes a strong stand against misrepresentation of facts. If a section of property developers feel that their prospective buyers will buy their bluff, they sure need to reconsider their strategy, if not rename it!